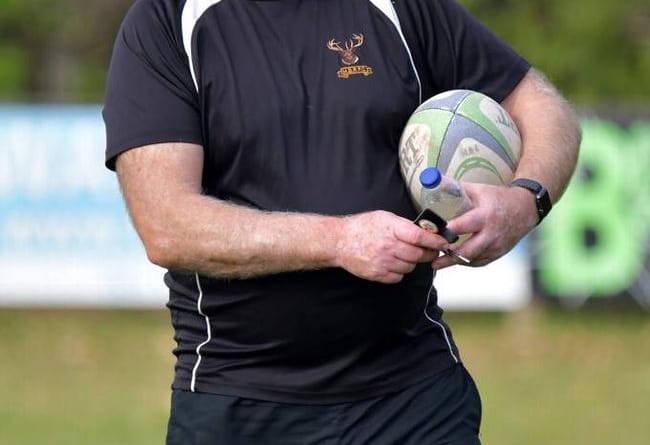 Minehead have finished third, equal to their best ever season, but in a surprise

announcement Orton, in charge for the past six seasons, said this week: “I need

to concentrate and focus on other things at the moment. My focus needs to be

elsewhere. The trouble is, me being me, I want to do things to the best of my ability.

I don’t want to do a half-hearted job. I will see what the future holds. The club is in a

Orton, 62, added: “My remit when I started was to bring back the fun and

enjoyment of playing rugby for the players.

I think we have done this and I am pleased with the way things have gone.

We’re playing some exciting rugby - and the players are certainly enjoying it.

“The boys have done very well and we have brought on a lot of young talent. The

playing future of the club is bright. A lot of youngsters are coming through and they

are learning along the way.

area. That is something we have always been aware of.

up their time to play rugby. But we have managed this fairly successfully. I think

we are probably playing at the right level considering our geography. We would be

stretched if we were to go higher.”

“I am not leaving the club and I hope to be involved in some kind of capacity. I will

be around on Saturdays if needed.

Bristol Harlequins cried off because they could not raise a side.

betw2een them all season and were the two outstanding sides in the division.

However, there will be changes to the Rugby Union set-up in the West next season

their rugby takes them. It is expected that teams will not have to make such long

journeys next season and that the opposition will be closer to home.