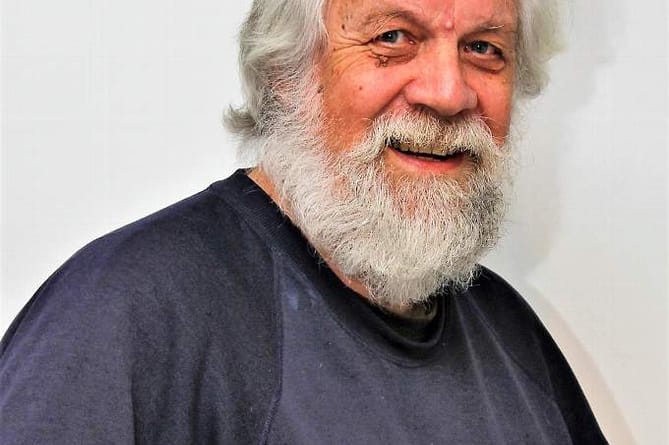 WEST Somerset Railway enthusiast and volunteer Richard Perry has been chasing diesels - and now he’s written a book about it.

For Richard, already a well-published writer on steam railways, this is a departure from his usual subject but he says he has always had an interest in diesel locomotives, too.

Richard has written or contributed to 30 books on railways over the course of more than 40 years and “Chasing Diesels” is the 5th book published in December by Irwell Press and Moretons in a series called ‘Diesel Dawn’.

Richard was born in Weybridge, Surrey, and has been a railway volunteer since 1979. He joined the WSR in 1984, becoming a signalman at Blue Anchor station in 1988 when he came down on holiday, before moving to Minehead permanently in 1999.

He remained at Blue Anchor for 30 years and has also volunteered at Dunster station.

Richard said that meeting other enthusiasts and making lifelong friends has given him opportunities to travel the country, particularly the North West and Scotland, and take colour slides and photographs to catalogue everything he has seen - he has taken all the photographs for his latest book.

“It is very pleasing to see a selection of all the colour slides that I took over the years finally in print”, he said.

Richard has other interests, including being involved in local pantomimes for over 15 years. You can also find him dispensing festive cheer as Father Christmas at Blue Anchor station if you’re lucky!