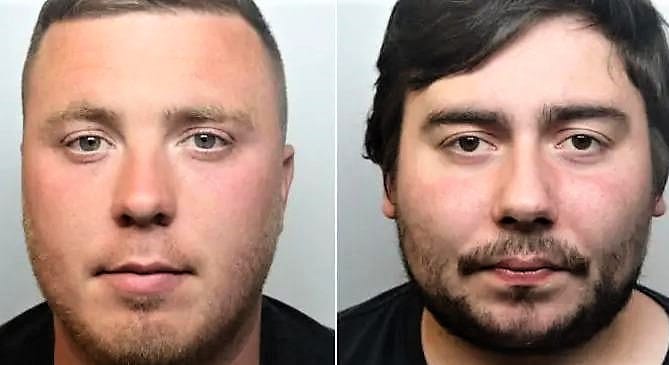 TWO Dulverton men have been jailed for drug offences involving a total of £26,000 after being stopped by patrolling police officers in Dunster.

Officers carrying out targeted patrols as the result of intelligence stopped the two men in a vehicle and found drugs, a lock knife and a knuckleduster.

Further enquiries led officers to find more drugs at the home of one of the men, Jared Tappin.

In all officers seized cocaine with an estimated street value of more than £16,500 and cannabis worth more than £9,500.

Appearing before Taunton Crown Court on Thursday, April 14, Patrick Shelley, 26, of Pixton Way, Dulverton, was jailed for a total of 30 months after previously admitting possessing cocaine and cannabis with intent to supply, possessing an offensive weapon in public, possessing a knife in public and acquiring/possessing criminal property.

Neighbourhood PC Jamie Munro, said: “This targeted police stop during the midst of the first Covid lockdown was thanks to the community providing us with quality intelligence about drug crime.

“The investigation has necessarily been lengthy but by working with the community we’ve ensured two drug dealers now are behind bars.

“Sadly the impact of drug crime is still felt in rural communities like ours on Exmoor. We welcome information to help us target dealers who often take advantage of the most vulnerable in society.”