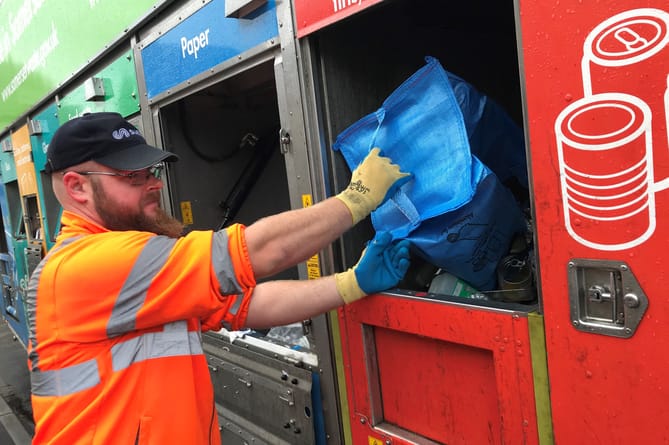 The final stage of a new recycling scheme in Somerset has begun being implemented – despite one of the main depots still needing to be upgraded.

The Somerset Waste Partnership (SWP) began the roll-out of Recycle More in the Mendip area in October 2020, with more items being recycled at the kerbside and refuse collections moving from fortnightly to once every three weeks.

This initial roll-out was followed up by further phases, with South Somerset receiving the service in June 2021, the former Taunton Deane area in October the same year, and Sedgemoor and the former West Somerset area finally in February 2022.

The final stage of the roll-out has now begun, with 5,600 communal properties starting to receive collections from Monday (June 27).

Time to get tough with beach polluters

Chance to be part of outdoor artwork

However, the service will continue operating a depot short after the SWP confirmed that upgrades to the Williton site will not be finished until the end of the year.

This delay was confirmed at a virtual meeting of the SWP’s joint scrutiny panel on Wednesday afternoon (June 22).

Mark Ford, the SWP’s head of communications and engagement, said in his written report: “Upgrading works on the Williton depot are due to start in July and expected to be completed in three to four months, having been delayed by supply chain issues and then subsequently by issues finalising lease issues.

“This has not substantially affected the phase four roll-out, and material will be handled by the Walford Cross depot until works are complete.”

The Williton depot lies on the Roughmoor Industrial Estate, near the village’s recycling centre and a short distance from the West Somerset Railway.

Somerset County Council granted permission in October 2021 for the Walford Cross depot, near Monkton Heathfield in Taunton, to extend its opening hours to allow it to cope with larger volumes from kerbside collections.

The final phase of the roll-out (excluding school contracts) will involve collections from around 5,600 communal properties, the majority of which are in the Bridgwater area.

Mr Ford said: “As with previous phases, individual sites have been reviewed in terms of the available space and access, to understand the best collection arrangements.”