Minehead back in league action against Burnham 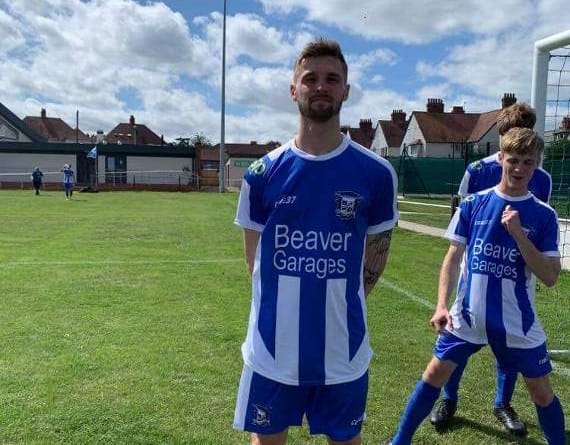 Ben Aston scored his tenth goal of the season.

MINEHEAD will be looking to step up the pressure at the top of the first division in the Somerset County Football League when they play away to Burnham United on the Westonzoyland Airfield tomorrow (Saturday, 3pm).

After losing a Somerset Senior Cup tie a fortnight ago, Minehead will have boosted their confidence with a 2-0 away win over Wrington Redhill in the Premier and Division One Cup last weekend.

Ben Aston scored his tenth goal of the season to put Minehead ahead while Tiago Alipio netted his first-ever goal for the Seasiders to clinch victory towards the end.

Victory enabled Minehead to move into the quarter finals of the competition - and a tie against Wells City Reserves.

Minehead are second in the table, only a point behind first division leaders Wrington with two games in hand. They also have a superior goal difference to any other side in the division, which could come into play at the end of the season.

Winning the league title is the number one priority for Minehead - any cup run would be a nice bonus - and the plan is to be playing Toolstation League football within five years.

This means, of course, two promotions before moving in the Toolstation League’s first division.

Manager Avril Cooke believes they now have the set-up at Minehead to do this and victory over Burnham tomorrow is the key to keeping the momentum going.

For the full story, see this week’s Free Press out tomorrow.