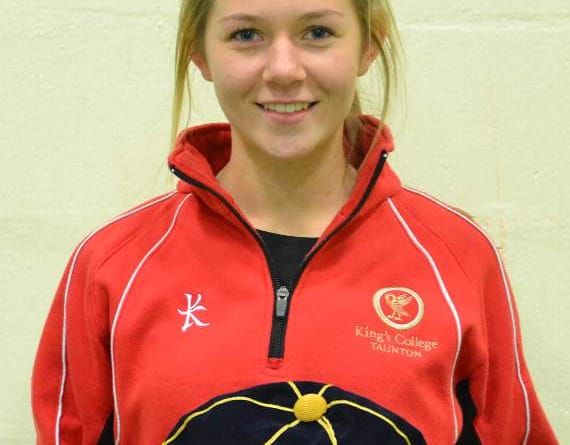 MINEHEAD girl Gemma Chilcott recently made her debut for the England Independent Schools’ Football Association Girls’ Under 18 side against English Colleges at Charterhouse School in Surrey.

The former Minehead Middle School pupil, who has been playing football since she was nine years old, joined King’s College, Taunton, four years ago.

Since then, the central midfielder has played a key role in helping to establish King’s as the number one independent school for girls’ football in the UK.

Gemma, who also enjoys playing hockey and cricket, said: “It was a real thrill to go and play for the England Under 18 side against England Colleges. It was a great experience.

“I must admit that I did feel a little bit nervous before the game but once we got going it wasn’t too bad.”

Chris Heayns, Director of Football at King’s, said: “Gemma did herself and the school proud. She has been one of the girls who has been instrumental in helping girls’ football become the success it is at the school.”

In the autumn Gemma will be going to the USA on a football tour with the King’s College girls’ team.