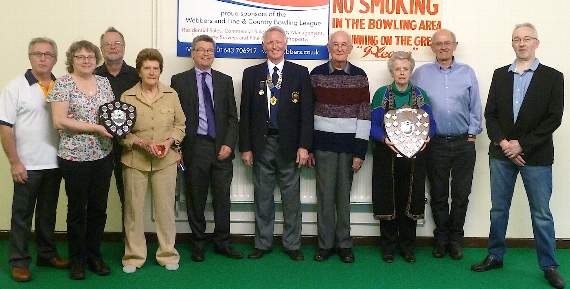 MINEHEAD Bowling Club held their annual presentation evening last week, when trophies were handed out to the indoor season winners and runners-up.

In the singles, the men’s champion was Derek Sturmer and the ladies’ was Pauline Morgan.

The triples winners were Jim Lennon, Mark Palmer and Steve Sully who, together with Tony Everett, also won the fours.

The Webbers Fours A Division was won by Andrew Sully’s team and the B Division by Ed Moulder’s team.

Pictured are members of the Webbers Fours winning teams, along with club president John Patching and Andrew Hobbs from Webbers, who presented the trophies.