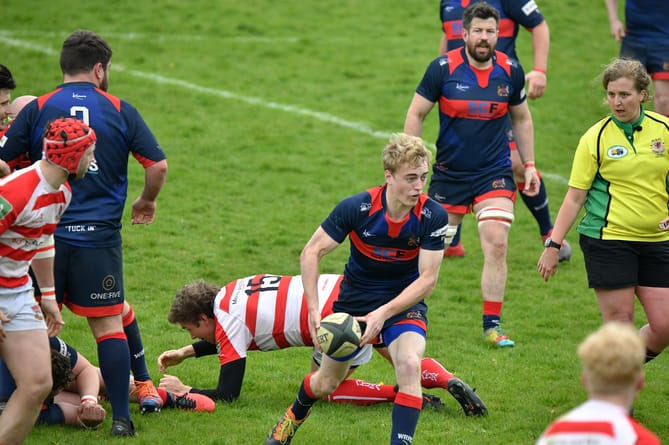 the double over their North Devon rivals, writes Roger Bellamy.

This game, as the first encounter back in September, was closely contested

at fullback, kicking the three points.

scoring on both occasions.

Both teams had their moments during the remainder of the

first half but the score remained unchanged and Wivey probably

However, Bideford had the edge at the start of the second half and were rewarded with a try from their threes with winger Alex Hillmam crossing for his team’s first points.

Fly-half Reece Pearn converted. Wiveliscombe, not through the lack of effort, could not replicate the previous game’s try scoring feast and were limited to one second half try scored by Toby Tisshaw who out paced the visitors defence in the chase to touch down an overhead kick along the top touchline.

Neither team could manage to take advantage of chances that came their way and it was the visitors who added a solitary try to the score with their hard running centre Mark Lee completing the scoring.

Wiveliscombe finished the season in a respectable ninth position the

the Western Counties West, with Bideford two places below in 11th.