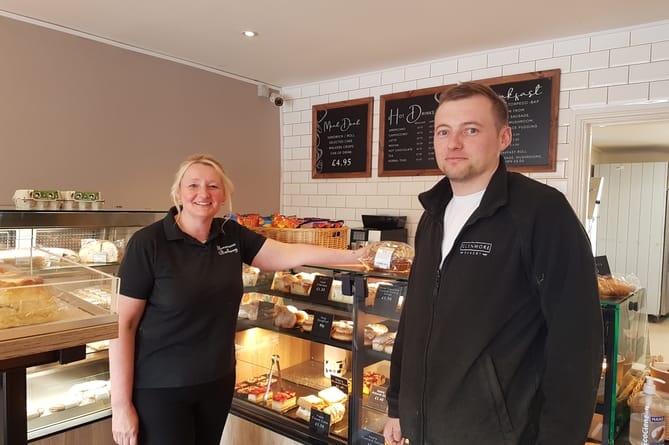 A family-run bakery which supplies bread and cakes to a vast swathe of West Somerset has had to slice 25% from its wholesale deliveries because of a lack of staff.

Sylvia Jeromson, joint owner, said: “It is absolutely horrendous and it’s not just us. There are so many businesses in the same situation.”

The firm has been going for 26 years and is now having to turn away work because they simply can’t meet demand without more bakery staff.

Family of murdered couple tell of ‘huge void’ in their lives

Glenmore is the only major bakery outside of Bridgwater and Taunton and across West Somerset to Porlock and beyond. The knock-on effect is that there will be some outlets that will have a shortage of bread on the shelves and face the difficult task of finding other suppliers.

Maria Lloyd, manager of the community shop in the Exmoor village of Brompton Regis, said she was ‘gutted’ when she heard from the firm that she was one of the places the bakery was having to temporarily stop supplying.

She said: “I was devastated for numerous reasons not least because their products are brilliant, and we sell an awful lot of them.”

Bread, cakes, sandwiches and pasties will no longer be delivered from the end of June.

Glenmore adds that getting recruitment help from the Job Centre has involved the frustration of multiple calls and they have spent hundreds of pounds on online advertising.

Sylvia said: “I am sure that there are people who are only going through the motions of applying for jobs just to keep their benefits. They’re not really serious.”

The bakery is also increasingly being called on to supply food to hospitality venues that can no longer provide catering because their own kitchen is closed due to lack of staff.

In common with other businesses in West Somerset, the bakery has seen the impact of increased fuel prices and supply chain issues. Flour and sugar are arriving late, and they have even been forced to buy some from the supermarket to make up orders. Local businesses also face competition from major projects like the new Hinkley Point power station which can afford to pay higher wages for unskilled labour.

Edward Jeromson, son and joint owner, said: “Forgive the expression but this is our bread and butter and what keeps the roof over our head. We can’t afford to be turning away business like this.”

The pair say getting a qualified baker would be the icing on the cake but they are quite happy to train up bakery assistants. Yet, they add, youngsters who take jobs frequently don’t stay the distance.

The family has been facing an added crisis after Sylvia’s husband Dick was rushed to hospital following breathing difficulties five weeks ago and is now awaiting open heart surgery in Bristol.

Sylvia said: “We are a family business which looks after its staff. It really shouldn’t be this difficult to get people who want to work here.”