Race against time to save coast 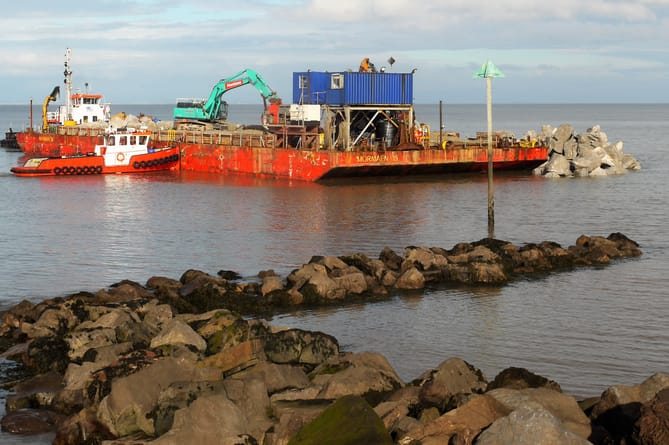 A £4 MILLION scheme to protect a vulnerable part of the West Somerset coast must be started within the next four months or the success of the scheme could be threatened by bad weather, Somerset West and Taunton councillors were told last week.

As a result, the council’s community scrutiny committee agreed to evoke “special urgency” rules which would award the contract to the Kier Property Group and allow the work at Blue Anchor to begin in August and be completed before the winter gales.

Experts have warned that unless urgent reconstruction work is carried out between Blue Anchor and Watchet, erosion could claim a significant stretch of the B3191 coastal road by the 2080s.

The £4 million scheme, first announced more than two years ago, will be funded by the Environment Agency and Department of Transport grants to the county council.

Most expensive, busiest and trendiest parts of Somerset West and Taunton to buy a house revealed

SWT carried out emergency repairs to the sea defences at Blue Anchor in late-2020 after two “significant” holes in part of the wall were discovered.

In early November 2020, 1,800 tonnes of granite rock armour were delivered to Blue Anchor Bay by barge for the second phase of repairs, designed to shore up the base of the cliff to prevent further landslides.

Both stages of these emergency repairs were funded by the Environment Agency to the tune of £385,000, to ensure Blue Anchor was protected during the winter storms.

The county council announced in September that it would commit £4million towards a scheme which would stabilise and “regrade” the upper slopes of the cliffs near the Blue Anchor pub.