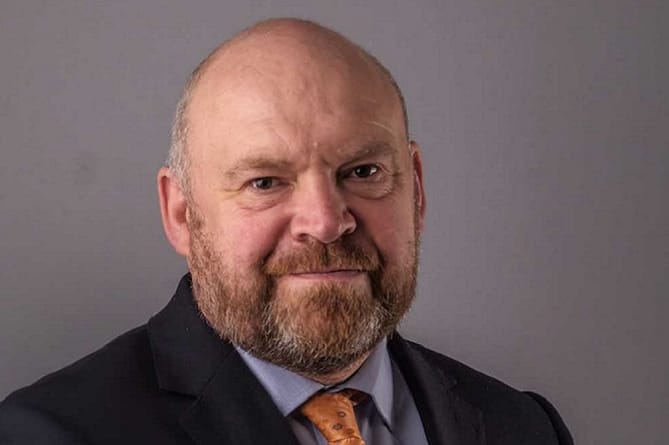 A NEW Leader and Executive have been announced at Somerset County Council’s Annual General Meeting – the first since May’s elections.

Liberal Democratc councillor Bill Revans was confirmed as leader of the council and announced that Cllr Liz Leyshon will take on the role of deputy leader.

Cllr Mike Best was elected to the post of chair of the council and cllr Hazel Prior-Sankey to the vice-chair role. The appointments were proposed by the Liberal Democrat group and unanimously supported by councillors at the meeting.

In his address to full council, cllr Revans said: “I am determined that within the boundaries set by the government, this administration will strain every part of what a unitary council can do to support our vision of a fairer Somerset, a greener Somerset, a more flourishing Somerset. A Somerset that cares for all and listens to all its residents.

“Under our leadership – the new Somerset Council will be built on the shared values, that run through our communities. In putting together a team to deliver that vision I have invited members of my group to support me as executive lead members. Given the volume of work they will have to get this process over the line in the coming ten months, I have also asked ten associate lead members to support them.”

The new Executive Lead Members and their areas of responsibility are as follows:

The executive will be responsible for all county council services and oversee the local government reorganisation programme to establish the new single unitary council on April 1 next year. Then from April 1 2023, they will be responsible for all services that are currently delivered by the county and four district councils, ranging from adults’ and children’s social care to highways and housing, and from libraries to planning and licensing.

Cllr Revans added: “It is important to us that this council has a positive relationship with Somerset residents. And we all know that the key to any successful relationship is listening. I want us to be a listening council. To use the move to unitary and the development of local community networks to give residents a genuine role in shaping how the new council will operate. This is a county of communities and I want community voices heard.”

Full details of the appointments to cabinet and other council committees will be available on the council’s website www.somerset.gov.uk.